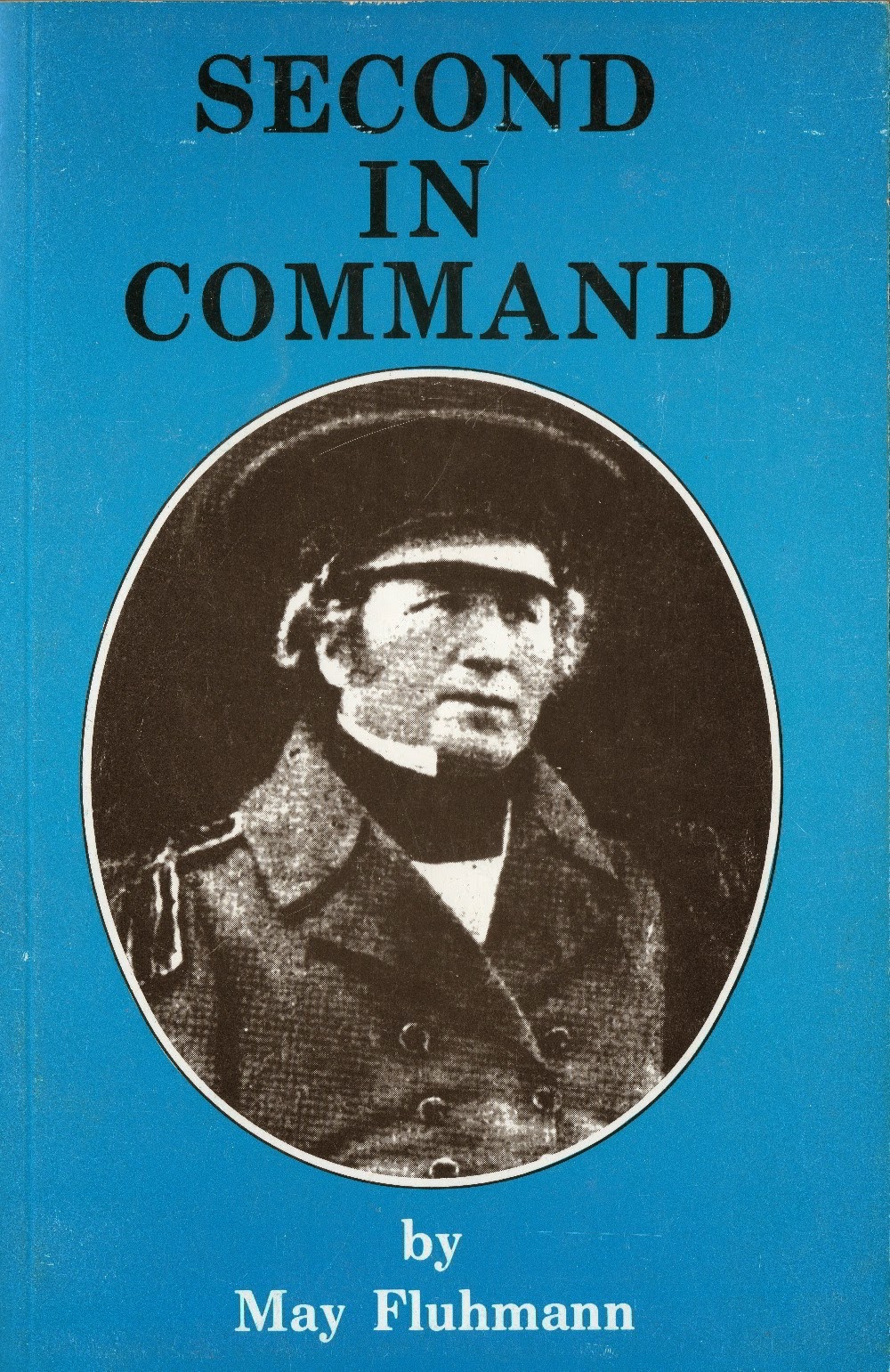 
It is a phenomenon that so many books have been written about Sir John Franklin and his ill-fated expedition, but so few about the officers and men who accompanied him. There is currently only one biography of Francis Rawdon Moira Crozier available, namely Michael Smith's Captain Francis Crozier: Last man Standing? James Fitzjames, Commander of H.M.S. Erebus, had to wait until 2010 for his story to be told by William Battersby in James Fitzjames – The Mystery Man of the Franklin Expedition. Graham Gore, Harry Goodsir and all the others still remain unsung heroes.

In Crozier’s case, though, there is in fact a second biography apart from Smith's, but other than in selected libraries and archives, it's hard to find a copy. The book, published in a small edition by the Government of the Northwest Territories (Department of Information), is appropriately called “Second in Command” and was written by Franklin Expedition enthusiast May Fluhmann in 1976.

This small softcover (162 pages) with its modest blue bookplate and a grainy reproduction of the only known daguerreotype of Crozier on the cover is very fitting for a book about that modest and unobtrusive man. It includes five pages with photos, most of which can be found in better quality on the internet nowadays. The most interesting illustration is a photograph of an envelope addressed in Crozier’s handwriting to James Clark Ross (Crozier’s closest friend since they both sailed as midshipmen with Parry in 1821).

May Fluhmann (1906 – 1985) was a professional Julliard-trained musician before she became a telegrapher. She developed a lifelong interest in John Franklin early on. Almost incidentally, while reading a book on Franklin, she discovered the Crozier letters held at the Scott Polar Research Institute by and asked the author where the cited letter by Crozier could be found. She then contacted SPRI and obtained copies of their Crozier collection. Her stated goal was not to write another book about the Franklin Expedition. Instead, she wanted to show the personality behind the forgotten historic figure of Francis Crozier; and what better way to find out about a man’s character than through his letters. And this is what makes “Second in Command” so interesting and well worth reading, even with Michael Smith’s biography now on hand.

The first part of the book describes Crozier’s family background and gives a short outline of his early career, but the middle part of the book is peppered with excerpts from Crozier’s letters. A large part of his last letter to James Clark Ross from Whalefish Island is there, as well as one written during Ross’ excursion with Parry to the North Pole in which Crozier’s deep affection and fear for his friend shines through the narrative of everyday shipboard life. We learn from other letters of Crozier’s fragile state of mind after the Antarctic expedition, his delight at discovering his interest for art in Florence, his fear of being left behind because the Admiralty might not approve two ships for the Antarctic voyage – and fearing the same prior to the Franklin Expedition. We see him agonizing about going second to Franklin instead of volunteering for the leadership of the exhibition, but also light-heartedly writing of his amusement at a small marble statue he had had made of himself in Italy, his caring for his elderly sisters, his love for his brothers and many other thoughts and minor and major events he writes about in his own entertaining style.

The third part of the book deals with the events following the disappearance of the Franklin Expedition. In the meantime, more detailed books on Inuit oral history about the expedition's last days have been published; among them the two volumes by David Woodman, and Dorothy Eber’s Encounters in the Passage, and anyone who has made the effort to obtain a copy of “Second in Command” is most likely familiar with them. Although Miss Fluhmann makes some valuable points, she also veers a bit from the course of scientific neutrality a few times in defending her firm belief that Crozier was Aglooka, a theory which still has yet to be proved – or disproved. Nevertheless, she narrates Crozier’s alleged doomed path with apparent sympathy.

Francis Crozier was not a man given to beating his own drum. Through her book, May Fluhmann has allowed us to see a glimpse of his personality and so achieved her goal: to show us the human being behind the legend.
Posted by Russell Potter at 1:55 PM