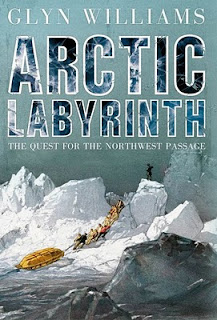 Anyone wanting an introductory overview of one of the Western world’s most enduring exploratory obsessions would previously have had to consult three or four books at a minimum. Now we can recommend an authoritative and engaging account of the whole sweep of the subject, from soup to nuts, in one volume.

Posted by Russell Potter at 8:01 AM