The Dream of the North 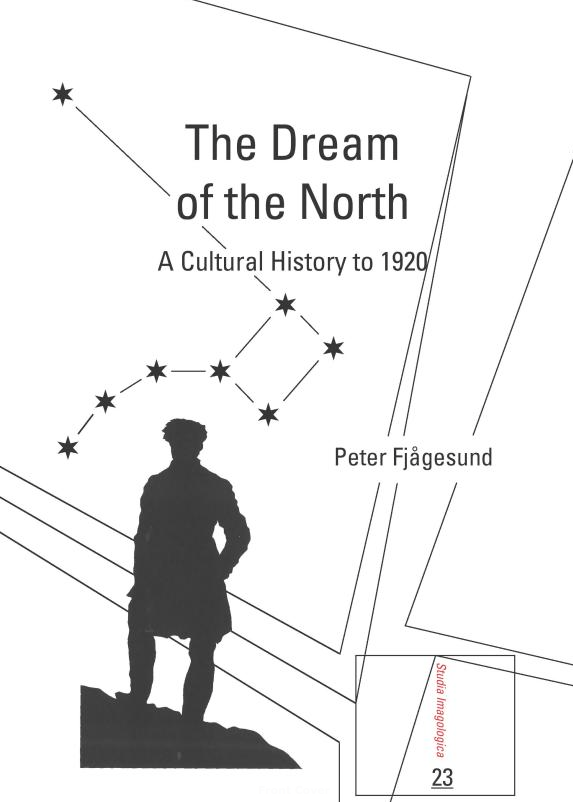 The Dream of the North: A Cultural History to 1920


Every few years, a book comes out which offers -- or purports to offer -- a sweeping overview of the history of Arctic exploration and its historical significance. Most, however, take the explorers' accounts at face value, and are essentially elegant coffee-table books for armchair enthusiasts. When I first saw the title of this book, though encouraged by the subtitle "a cultural history," I was a bit skeptical -- how could any book, especially one just over five hundred and fifty pages in length, cover such a period, and cover it well?

Peter Fjågesund manages this feat, and several others along the way: unlike other recent cultural histories, which -- rejecting the old grand narratives -- have cobbled together in their place a rather lumpy "new North" out of Scandinavian mythology, wandering antiquarians, and stuffed polar bears, Fjågesund is not afraid of large-scale synthesis and broad intellectual history. One may disagree with his analysis, but his positing of the northward turn as a specifically Protestant, individualist, vernacular movement is a compelling one, and throws sparks of new insight even as it startles old orthodoxies.

Of course, tracing the idea of "North" back through ancient times involves a certain amount of distortion -- for Herodotus, the "North," where he placed the anthropophagai, was somewhere in the Balkans;  for the Romans, the North was the land east of the Rhine and north of the Danube, the realms of the Germani. And yet, both the Greeks and the Romans had preserved some accounts of lands still further north, so far as to seem almost mythical; there the water was as thick as soup, and the sun did not set for days on end, a land they called Ultima Thule. It was, perhaps, this slow-advancing line between myth and geography that the idea of "North" named, and it's this strange interzone whose history Fjågesund outlines.

The Middle Ages form another turning point; as Fjågesund notes, the sweep of the Black Death hit particularly hard in northern Europe, leaving some tribes far more isolated than they had been before. And, although unrelated, the depopulation and eventual extinction of the Greenland colonies, was widely recounted throughout Europe, and formed perhaps the first instance of the great myth of Arctic disappearance, one which carried on into legends from those of Sir Hugh Willoughby to Sir John Franklin and beyond.

But this is just part of the larger narrative Fjågesund wants to tell. Unlike most previous historians of the Arctic fascination, he takes political elements into full account, and indeed demonstrates that they were integral from the beginning. This does a good deal to explain England's unusual prominence; as far back as Frobisher, geopolitical latitudes of influence were already divided into "Northern" (England and northern Europe) and "Southern" (Mediterranean/Catholic Europe) spheres. As Dionyse Settle, Frobisher's chronicler, put it,


Spaine is situated much more neere the Tropike of Cancer, then other Christian countries be : wherby, the Spaniards are better able to tolerate Phoebus burning beames, then others whiche are more Septentrional.  Wherfore, I suppose them the most apte men for the inioying of the habitation of the West Indies : and especially so much, as it is vexed with continual heate, that is more agreeable to their temperature.

Of course, Settle's argument didn't prevent England, and later Great Britain, from establishing colonies in tropical regions, but it did give the island nation a seemingly natural affiliation with the North, albeit one it would in theory share with Denmark, Norway, and Sweden, among others.

Indeed, in this sense, the work of exploring and colonizing the North, because so large a portion of it took place in more recent times -- when cultural nation-states were more firmly established -- offers an unique window into the evolution of nationalism itself. And, although it is admittedly painted with wide brush-strokes, it also connects this political history to a cultural division, with struggle, sacrifice, austerity, and interiority on the Northern/Protestant side, and leisure, abundance, profligacy, and sensuality on the Southern/Catholic side. It's easy, of course, to show this to be a false dichotomy, but it has proven to be a remarkably durable one all the same.

As Fjågesund's narrative draws nearer to the "heroic age" of Arctic exploration, it tacks a bit closer to the usual historical winds, but despite this still manages to cast this period in a fresh light. It would be impossible to summarize his entire argument; I can only urge anyone in search of a bolder and more historically sweeping view of the idea of the "North" to read this book. At the same time, I would urge the publishers to make it available to the public, perhaps in paperback or e-book form, at a price more within the usual bounds of a trade publication; its true value will only be realized if it reaches a far wider audience. It deserves to do so.