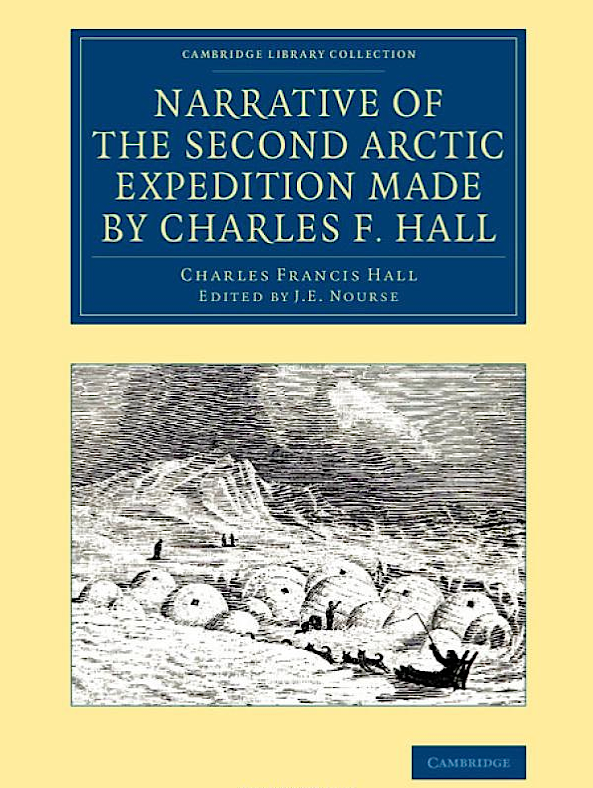 It's not often that we review multiple titles in a single notice -- but this case is exceptional. There's no other single publisher who offers such a range of classic expedition narratives, and it would seem unfair to single out any one of these many volumes. Chosen in consultation with the Scott Polar Research Institute, they represent the widest array of classic Arctic book currently in print and available from any publisher I know. And, though it's quite true that the majority of them can be read for free online via Google Books or archive.org, there's something about these particular books -- and these particular reprints -- that makes obtaining them as actual, physical books a particular value.

Over past decades, a number of publishers have reprinted books such as these -- classics in their field which have long gone out of print -- and sold them, primarily to the library market. Many of these books were "blowbacks" -- printed from microfilm -- and sometimes left something to be desired, as when large-format books were reprinted in a smaller trim size, resulting in painfully small print. Such troubles also plague online books, which in many cases replicate the errors of careless scanning or filming -- maps photographed folded, bent pages obscuring text, foxing, and missing pages. As someone whose first job out of college was editing microfilm collections for Research Publications (now Primary Source Media), I appreciate that these things do happen -- but when they're not caught, the value of the copy declines significantly.

And this, to my mind, is the best thing about these Cambridge reprints. They're freshly scanned from originals held by Cambridge libraries, and extra care is taken that each page is faithfully reproduced. Equally importantly, they're generally done in the same trim size as the originals, which gives them a welcome readability -- and heft -- which others lack. There's something truly extraordinary, I've discovered, about reading volumes such as Charles Francis Hall's narrative of his second Arctic expedition, with all of the in-line illustrations and text at full size -- it feels just as good as reading the original (and far more convenient, as copies in good shape are scarce, and generally don't circulate outside libraries).

The Press's blog recently featured a variety of books by or relating to Sir John Franklin, some of which, such as Dr. King's, are scarce indeed, and all of which look to be handsomely presented. There are some other titles, too, that this list (inadvertently, I'm sure) missed: the Memoirs of Lieutenant Joseph René Bellot, the Memorial Sketch of the Life of John Irving, and Sir John Richardson's Arctic Searching Expedition, each of which offers a unique primary-source glimpse of the pathos and curiosity which surrounded the search for Franklin. Amercian Arctic figures are not neglected -- Isaac I. Hayes's The Open Polar Sea is available, and Dr. Elisha Kent Kane's Grinnell narratives are soon to be released. It fires the imagination to think of the reference library one could amass at home, without the cost and anxiety of finding original editions.

These volumes, I should note, are not inexpensive -- the prices, in general, are geared to the library market -- but given their quality, are eminently reasonable. Those who are willing to do business with amazon.com will find that most are available there at a discount. According the the publishers, they've found that a surprising proportion of recent sales have been to individuals, and I'm sure that's a trend that will continue. For all the vaunted revolution of electronic books, there are some -- these among them -- which really can't be appreciated if they don't take up some space on a shelf, and in one's hands.

UPDATE: I've since found this link to the complete Polar/Arctic list.
Posted by Russell Potter at 2:45 PM No comments: